In one of my Advanced CranioSacral therapy trainings “Touching the Brain” – Stimulating Self-Correction through the Glial Interface”.  Wow!  What does that mean?  Yes, I agree. Let me expand on that title a bit.

There have been new discovers on how the glia (white part) of the brain for Central Nervous System(CNS) development, neuron signaling, brain and spinal cord immune response, CNS dysfunction or disease, short and long-term memory and much more.

Part of the discovery was when they dissected Einstein’s brain and realized he had more glia and that previously neuroscientists thought these glia cells were connective tissue but now this exploration of the brain of Einstein, speculated that glia was involved in mental activity which was not a neurological concept until this discovery. 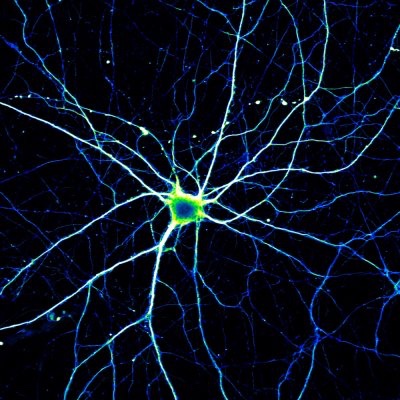 When we experience CNS dysfunction  that creates immune or auto-immune system strains in the glial interface; this can manifest in diseases and conditions from the likes of a common cold to balance issues, memory loss, and serious neurological conditions as:  MS, Parkinsons, ALS, etc.  There are discoveries coming out daily on ways to improve the symptoms of these conditions through the interface of the glial cells and the CranioSacral System and the flow of cerebrospinal fluid.

From this advanced training, my CranioSacral therapy practice has become deeper and more refined in how we can access and assist with “self-correcting” the even, balanced flow of the cerebrospinal flluid (CSF).  Because the CranioSacral System (CSS) interconnects with the innermost membrane layer of the CSS; these layers connect to the bones of the cranium and the spinal column. It is a dynamic pathway to correct central nervous system strain patterns.

CranioSacral therapy naturally eliminates pain and stress caused by these strain patterns, strengthens your resistance to disease, and enhances your health and well being.

And to go further on the recently (2012) recognized glymphatic  system we can see how CranioSacral work does in fact cleanse the brain of toxins.  I think the glymphatic system is well presented in this YouTube by Dr. Irminne Van Dyken.

Mia (not real name) attended the last workshops series on how to find our graceful, strong body.  And she shared with us what she had discovered after the workshop we did on walking.  She loves to walk her dog however, her right hip was always getting her attention because it was so painful.

When we started to look at how the freedom in her ankle related to the freedom in her hip; a light went off in her awareness and she could now make a choice on how she was walking and let her ankles be easy and her hip pain subsided.  She said, “I know I will have to be more attentive to changing my patterns of walking. This is a practice I can explore on my own.

Percy and His Back
By Jeremy Chance

Percy was a friend of mine, but he never tried Alexander Technique. “I don’t understand what you do”, he said, “and besides, my back is not too bad.” Then one day Percy’s back got bad. Really bad. He was in a lot of pain. The doctors recommended surgery and that’s when Percy finally called me: “Can you help with my back?” he pleaded. “It’s hurting all the time now.”

Percy was a clever guy, he was a manager of a post office and successful at his work. But right now, he could not pick up a suitcase, and sometimes it took him 10 minutes to get out of bed. We only did one lesson. And Percy’s back got better. Not immediately, it took time.

But Percy videoed my lesson, and for the next few months, he watched that video every morning. He practiced and practiced what I showed him, he thought about it every day, and watched his every move. I think I learnt more from Percy that he ever learnt for me.

Percy helped me realize that Alexander’s discovery is actually quite simple. You don’t need a university education to understand it. But that doesn’t mean it is easy. It takes a lot of practice. Often musicians make the best pupils, because they understand the importance of practice. You can also learn how to play a chord in one session, but to play that chord easily, and in the right way every time – you need to practice every day.

Most physical pain is a result of not co-operating with your body’s design. It’s like wearing your shoes on the wrong feet: you can still walk, but eventually your feet will hurt. because you are not cooperating with your shoe’s design. It’s was like that for Percy: he could get away with doing terrible things to his back for a long, long time. But then one day his back presented it’s bill: excruciating pain. So it was lucky for Percy that he knew a teacher of Alexander’s discovery!

Last time I heard, Percy was off on holidays but this time, he carried his own bags!

Jeremy From AT Success   (Japan)

Questions People Ask About Our Work…

How long does it take for my pain to go away?

That is different for each person; we suggest you start with 5-10 sessions. You will notice a change usually after the first few sessions.

I'm an athlete and want to improve my performance. Can you help me with my balance?

Yes, we work with the whole person which relates to our balancing reflexes and stability.How is this different from Physical Therapy?We take you into a deeper relationship with your movement patterns, working within the entire body Will this work enhance how I play my instrument?

Your instrument resonates in relation to your body's coordinatuon..if you are balanced, not tense and relaxed, the music will exhibit a deeper more emotional sound and clarity.

Pay Online for Services and Classes